Doctors trust in CDS (Chlorine Dioxide Solution).  All over South America doctors have turned to CDS and have been rewarded with tremendous results.   South America is coming to the end of a hard winter, where doctors have been fully stretched.  But as they say, “Necessity is the mother of invention”

Click on the name of the doctor to see their video clips in  Spanish.  But they are worth listening too, especially the first one which includes a detailed look at three patient histories.

When she treated them with CDS,  within days the shortness of breath (disnea) was much reduced, within 7-14 days the levels of PCR were much reduced, the xrays of the lungs showed marked improvement.

The patients were treated with a range of drugs before CDS.

Patient 1 62 male with arterial hypertension)  Magacilina,Dexametasona, Betametasona, Azitromicina, Ivermectina, Ceftriaxona & Hidrocortisona.   With CDS the PCR went from 381 to 1.9 in 16 days, Ferratina reduced from 92 to 49 in same period & the patient no longer needed oxygen

Patient2 49 male over weight) Claritomicina, Paracetamol, inhaler of Bromuro de Ipatropio, Dexametasona & Ivermectina .  The fever, the sore throat, shortness of breath  continued.    With CDS the PCR went from 58.07 to 3.62 in 2 days,  Ferratina went from 2374 to 1180 in17 days.

Patient3 34 male with light pneumonia) Amoxiclina, Naproxeno, Ivermectina, Azitromicina,  Hidroxicloroquina, Ceftriaxona, Dexametasona & N-actilcistina 600mg bid.  With CDS the PCR went from 81.98 to 0.75 in 11 days, Ferratina went from 605 to 351 in the same period. 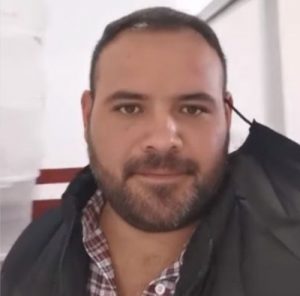 Dr Jonathan is mayor of  Francisco I. Madero, a small town in the heart of Mexico, where he has authorised the use of Chlorine dioxide for the treatment of Covid, for those who wanted it. He  quoted the 1964 Helsinki Declaration from the World Medical Association that states in the 2005 Revision that  “In the treatment of the sick person, the physician must be free to use a new diagnostic and therapeutic measure, if in his or her judgement, it offers hope of saving life, re-establishing health or alleviating suffering.”

Dr Jonathan told the press that “As Mayor of Francisco. I. Madero, Coahuila, it is my responsibility to look after the interests of the inhabitants of my municipality, and as a doctor I cannot be watching so many people die and stay on the sideline”.

Dr Jonathan refused to bow to pressure from Mexico’s central government that has not permitted the use of Chlorine dioxide in the treatment of Covid. 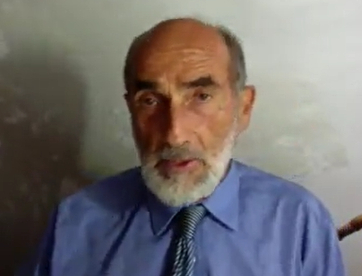 Confirms that CDS is not toxic and has no side effects 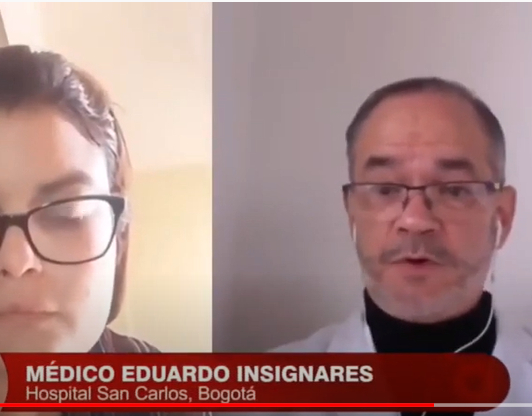 Dr Eduardo Isignares is a recipient of the “Colombian National Award of Medicine”.  He works at Hospital San Carlos, Bogota, Colombia, where the use of CDS is prohibited.  He and the Genesis Foundation initiated the official study.  While doing the study, he has treated innumerable Covid patients, who have been given CDS on arrival, and then no longer need to go into intensive care.  The treatment is then continued in the home.  The initial results show that CDS is ‘muy benefico’ (very beneficial) to the patients, says Dr Insignares.  Dr Eduardo is one of the authors of the COMUSAV report. 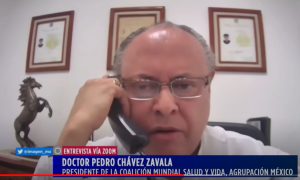 Dr Pedro Chavez talks about Bolivia and how there has been no scientific studies to show that CDS is toxic.  The detractors of before are now taking CDS as prevention.  He could not talk about Mexico, because it is banned in Mexico.

Dr Angel Ruiz is firm that Covid19 has a treatment in CDS. There are thousands of cases of Covid19 that have been cured by CDS, with no side effects. 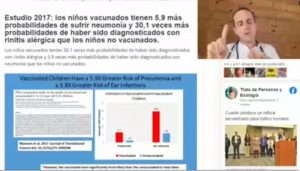 There is no need for this ‘vacuna de mierde’  (shit vaccine).  Studies show that children vaccinated have 5.9 more probability of contracting a flu like illness.

Dr Eduardo Caceres, Guatemala , trained in Germany and the UK

.CDS has been around for 100 years and no bacteria or virus has developed resistance to it.  CDS gives us oxygen, which supply the Corona virus attacks.  If CDS went into general use, the need for pharmaceutical products would be reduced by 80%, which explains the resistance to CDS. 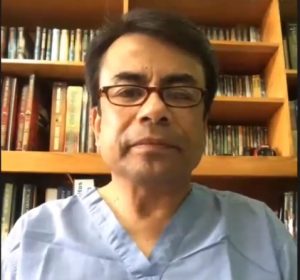 In the proportion correct, the CDS is perfectly safe and probably the best bactericide and viruside in existence.  For him, the principal use is preventative. He has 40 members of his family protected by CDS. The method of producing CDS was developed and patented by Andreas Kalcker, but in an open patent , which means that anyone can produce CDS.  Kalcker effectively gifted CDS to the world. What a present!

Dr Roberto is very angry about the lies being told about CDS. Conventional treatments  are not working. Hospitals saturated with people dieing.  The only treatment that is saving lives is CDS.  But the doctors are being arrested for giving CDS to their patients. 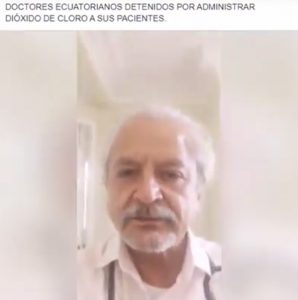 The Panamerican Health Organisation  is mounting a campaign of lies to try and stop people taking CDS. Why ? through ignorance, through evil, through avarice. For the money that they will gain through the vaccine .. which science says will not work. The virus is mutating.  Even a  small change to the virus will render the vaccine ineffective.

CDS is a safe treatment, provided taken correctly.  Almost anything can be toxic.  It’s the dose that can make it toxic.  Equally normally toxic substances like chlorine can be harmless.   For example Sodium (explosive) and chlorine (toxic gas) come together to form everyday table salt (sodium chloride).  Because CDS contains an atom of chlorine does not make it toxic. 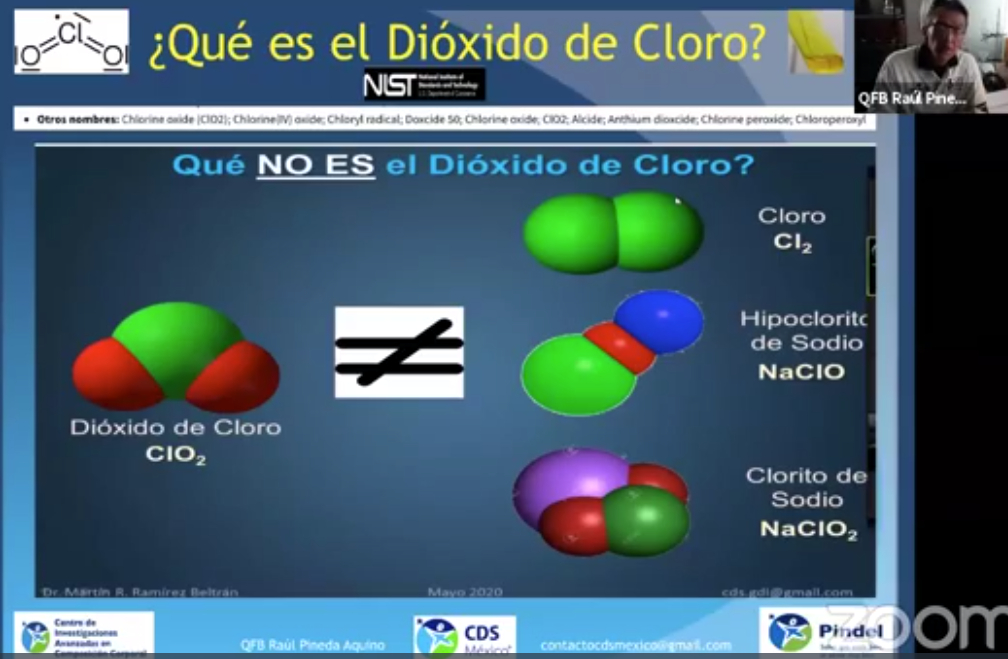 Dr Raul also explains the difference between MMS and CDS in terms of oxidation power.  Chlorine has a positive oxidation state +1 to +7.  CDS  has +4, more oxidation power than MMS or chlorite it has +3.  Also MMS is produced differently and is more difficult to digest. 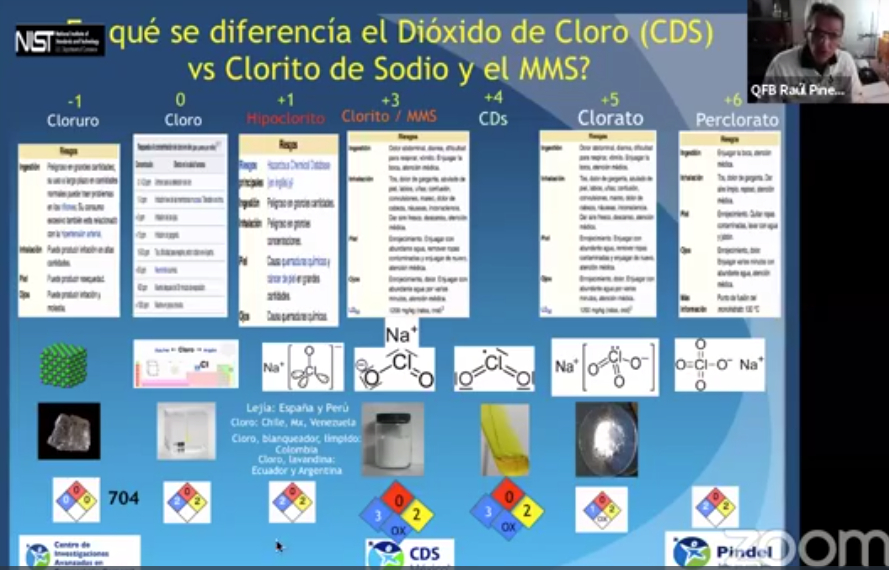 Dr Raul prefers to think that the resistance to CDS is lack of understanding and hopes that they will see the error, quoting Cicero. “To err is human, but only fools persist in the error.”

Dra Lida is an award winning doctor in Peru, who has  put together a 58 page report with the case histories of numerous patients, who have been cured by CDS, and testimonials of 11 doctors.  Her report was put together with 6 other doctors, including Dr Rita Denegri, and was submittted to the Peruvian authorities in August 2020.

The link above is to an interview with Dr Rita Denegri, which includes Dr Lida’s video.  Move to the 26th minute of the video to go straight to Dr Lida’s impressive intervention.

Prof Dra Lapuente is introduced by Andreas Kalcker.  Bleach is hyperchlorite and not the same as Chlorine Dioxide,  which  is a disinfectant that is safe to ingest in the right dose. 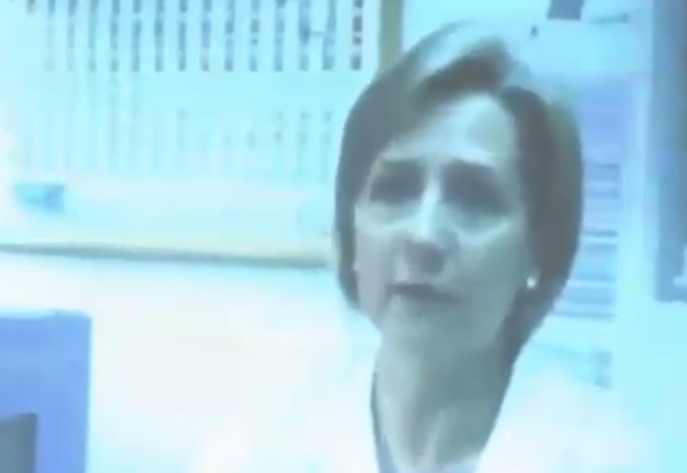 Thank you to lbry.tv for making these video reports available.  You wont find most of the above on  Google, Youtube or Facebook,  where content is censored, that contradicts the official narrative that “there is no cure for Covid19”. The powers that be have been relentless in their us of social media to attack, ridicule and belittle anyone who treats Covid19 with CDS.

To see positive reports about CDS, you need to use an uncensored browser, such as DuckDuckGo.

Most governments have prohibited the use of CDS as a treatment for Covid19, in accordance with the official line.  As a result,  South America has had a bad time during their winter months.

Covid19 is a flu+ virus that thrives in the cold weather.

Right now if you go to your doctor in Spain with covid19 symptoms, you will be sent home and put in ‘voluntary’ isolation; and you will get a call a day later to see how you are doing.  Doctors in Spain are not permitted to offer any treatment apart from Ibroprofen or Paracetemol, neither of which can kill the virus.

CDS is needed this winter

If we go into winter, without making CDS available to Covid19 patients, it will be very bad for many 1000s of people.   There is an argument that governments are criminally negligent in denying people a known cure.